In another solar system... In another world... In another dimension... We find the Cy-Bugs!!! Giant biomechanical bugs fight to dominate the planet. Using destructive acid attacks the merciless insectoids try to eliminate each other while bringing larvae to the nests.

The goal of the game is to bring the most larvae to a nest. Speed is essential and while the Cy-Bugs themselves are immortal their wheels can be shot off! Losing a wheel will affect your maneuverability. Losing two wheels is bad news and losing three or four is just hilarious! Don't worry though... destroyed wheels will grow back in a while.

Planet of the Cy-Bugs is another game created in 48 hours during Danish game jam "Indie9000" in 2012. The game is intended to be a party game, fast and intense yet simple. Anyone can pick up a controller and learn to play in no time! The graphic and music are inspired by 50's sci-fi/horror movies.

"It's an ugly planet, a Bug planet! A planet hostile to life as we know..." - Military reporter, Starship Troopers
Download 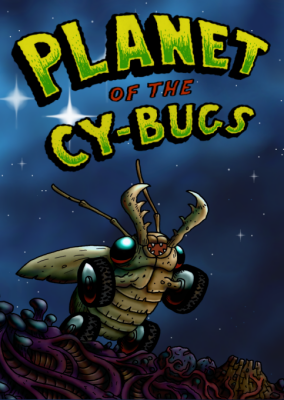 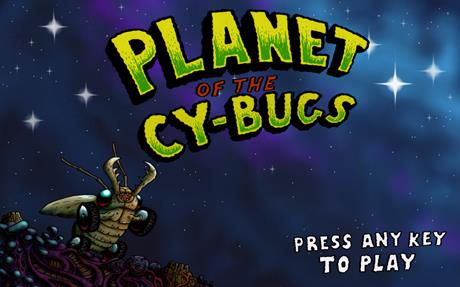 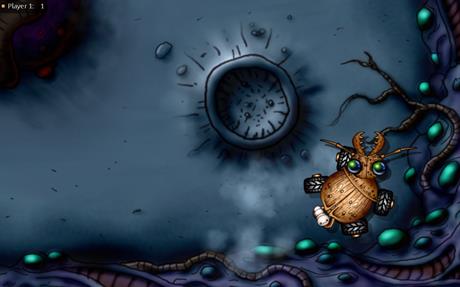 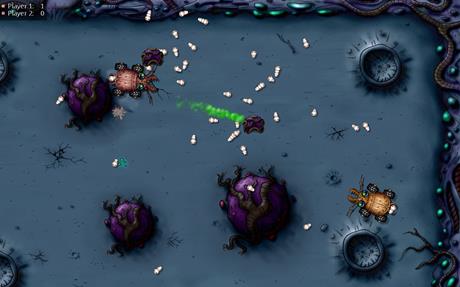 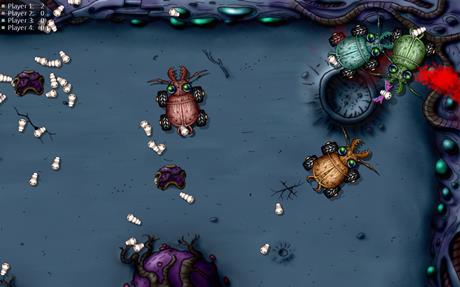 At Indie9000 2012 the game won "best aesthetics" for its hand-drawn and vividly colored graphics.