Lazer Valkyriez is a 2-4 players multiplayer game where gravity plays an important role! Jump from planet to plane and fire rockets and lasers.

In outer space small planetoids form the arena for fierce battles between space warriors known as Valkyriez! The valkyriez are named after their special battlesuits which allows them to jump between worlds and has the ability to teleport and restore the wearer if sufficient damage has been sustained. Most important in a Valkyrie's training, is to understand and use the concept of gravity. It can help guide your projectiles or provide a clever escape!

The idea of the game is simple enough. Run around and try to shoot the other players. But the round planets rarely give you a straight line of sight and you must rely on gravity to shoot in an arc instead. Learning to use gravity is the key to victory. You do however have a choice in weapon. Either rockets or lasers. Rockets do severe damage and are affected by gravity. With a little planning you can hit a player on the other side of another planet! Lasers on the other hand are not affected by gravity! That means it's easier to control where they are going, but you are required to have line of sight to your target. Lasers are fast but does little damage.

Lazer Valkyriez were made in 48 hours during Danish game jam "Indie9000" in November 2012. We wanted to explore the possibilities of using gravity in an untraditional way in a platforming game. There is no up or down, just the relativity of space!

"Gravity is a habit that is hard to shake off" -Terry Pratchett
Download Requirements: Microsoft XNA Framework Redistributable 4.0 Refresh 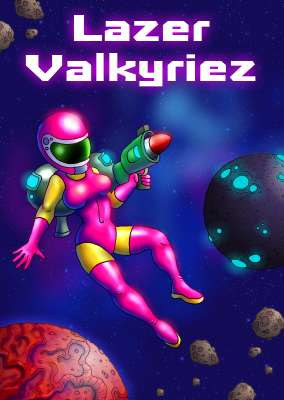 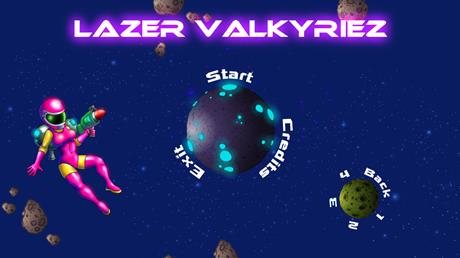 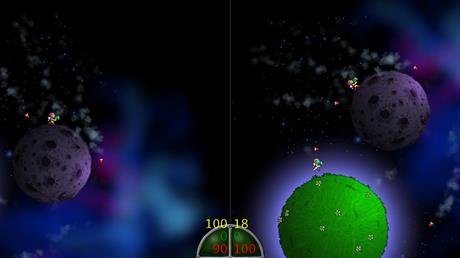 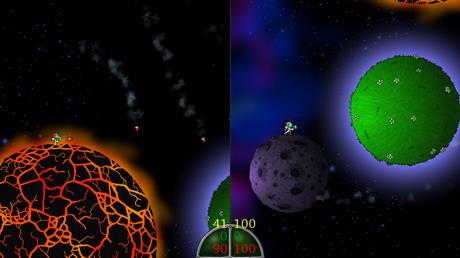 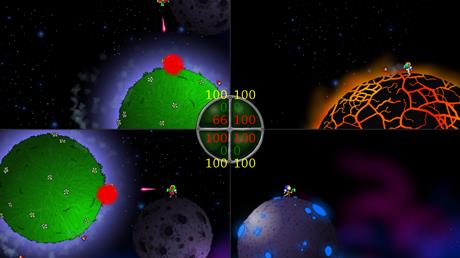 This game was voted "Best Game" at Indie9000 Nov. 2012 for being fun, polished and it's replayability.
In addition Lazer Valkyriez also won "Judges Favorite" for it's polishness and the many features included.